I’ve been feeling the need to run away.

It’s a thing, it’s natural, it’s cyclical and it happens to me EVEERRY year (at around this time lasting until about the next September.) Then it gets quieter for a couple of months and then BAM! I call it The November Twitchies.

Unfortunately for me (and everyone, really) I am unable to jump up and leave to fulfill my every whim at will. I can’t just disappear because, you know. Kids, money, mad men left behind to tame the beasts… but damned if I don’t try to.

Around October, (it hit me early this year,) I lost it. Lost my will to sit around and sulk and lament all the things I could have been doing. It was a drunken epiphany, (as most of them were for me) “Why are you even like this? Nobody has time for anything and here you are with all the rest of the time in the world, at home, whining about the things you could and should be doing. You could like, DIE tomorrow, and leave all the things undid… GO DO THE THINGS!”

As much as I love to argue with me, I was right. “You wanna run off? Why CAN’T you? You have approximately 8 hours every day that the kids are at school, with usually nothing to be doing and nothing telling you what to do. You can get pretty far and see a lot of awesome things in 8 hours. If time is such a valuable thing that people go to work and sell their time to be able to do what they enjoy later, I’d say lament and “wish I could” is the most criminal waste of time I’ve ever heard of.”

From that night, I’ve changed into the kind of person that just does. I do the things that I want to do (provided I’m back in time for the kids,) and I do them unapologetically. Mostly because as far as mental wellness is concerned, mine is pretty important… ha.

This last Wednesday I hopped in the car, bound for the old Washington County Court house museum. I had read about it on various websites (http://www.wisconsinfrights.com) and in my friend J. Nathan Couch’s book “Washington County Paranormal” (available on Amazon).

Plus google said there was a dollhouse, and I positively love dollhouses.

My excitement lasted as far as the door, for alas, the museum opens at 11, and I was so ambitious I arrived at ten. No problem, this town seems like it could use some “me-shenanagins.” I decided to go for a leisurely drive around and see some of the scenery (and creep around scoping for cemeteries) when I found a dead end road leading to a park.

Heck yeah, I hate sitting still! Let’s go for a walk! The scenic stroll I had was nothing short of wonderful.

I found a frozen over pond within were dwelling were the biggest tadpoles I HAVE EVER SEEN! They may have been nessie spawn or baby swamp monsters, but at any rate they were SUPER cool!

Some(BODY ONCE TOLD ME) that if you skip a stone across frozen water it makes a cool noise. The hot tip was right. I found a little sandbar with tons of rocks and spent about 20 minutes just chucking them across the ice. As I continued on, I heard that same sound going off behind me. I’m assuming Sasquatch and you can’t tell me otherwise.

Further yet, I was treated to some dendrophilia as well as another arch and a stone… Sasquatch oven thing?

On my way back to the museum, I floated through to “Young America,” which piqued my interest on the map because what the heck is it?

Turns out it’s a bunch of SUPER COOL old buildings ( 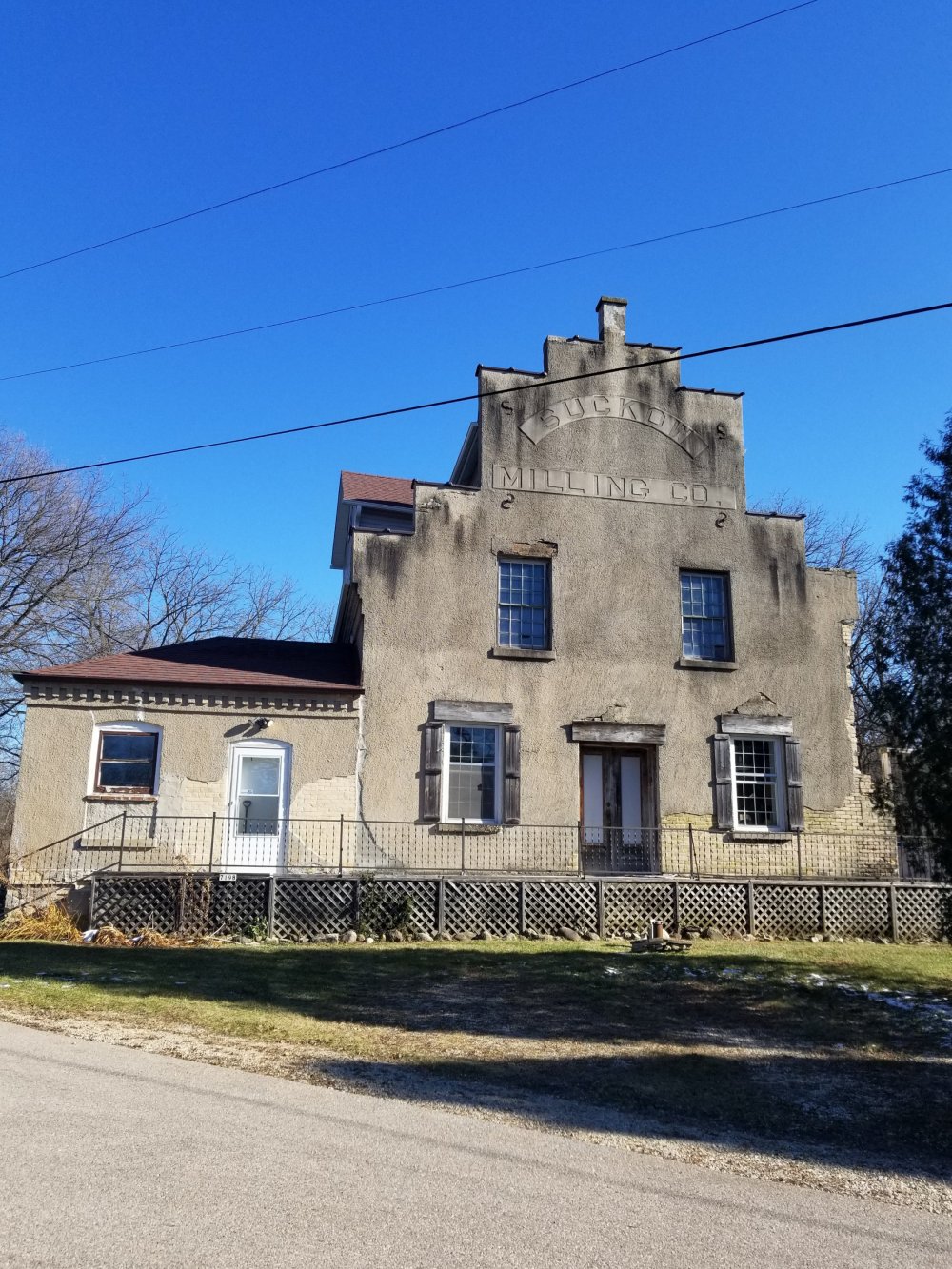 ) and a terrifying one-lane wooden bridge, and this amazing sight:

When I arrived at the courthouse, I had to give myself a few minutes to regain my composure as the sight of this building is commanding. 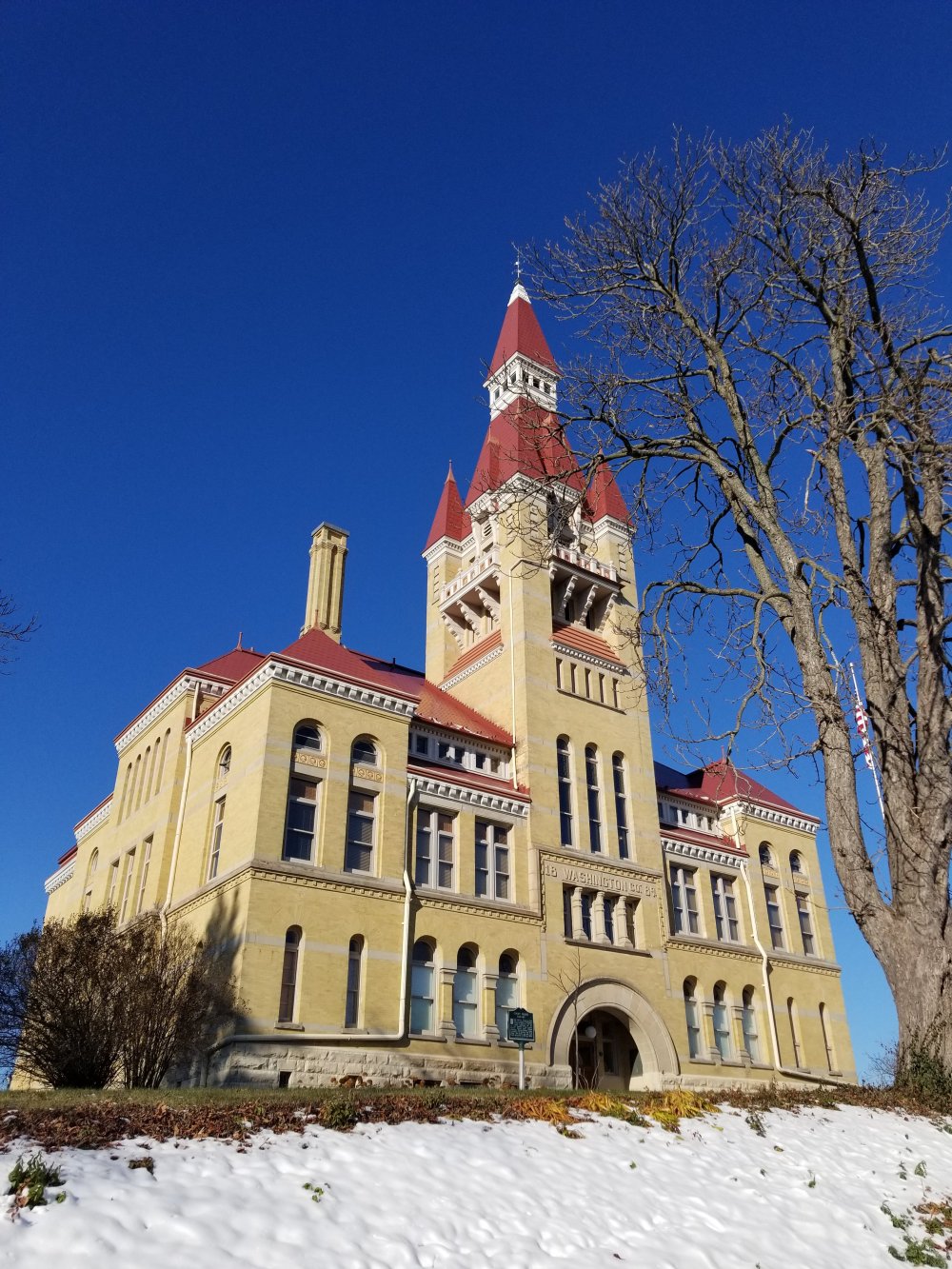 The inside is magnificent as well, but I don’t want to post too much about that and spoil it if you might want to go and see for yourself. Here’s the highlight reel:

This building is supposedly haunted by a former janitor. It’s rumored he turns on the motion sensing lights in the exhibits when nobody else is around, an activity I was privileged enough to witness myself. 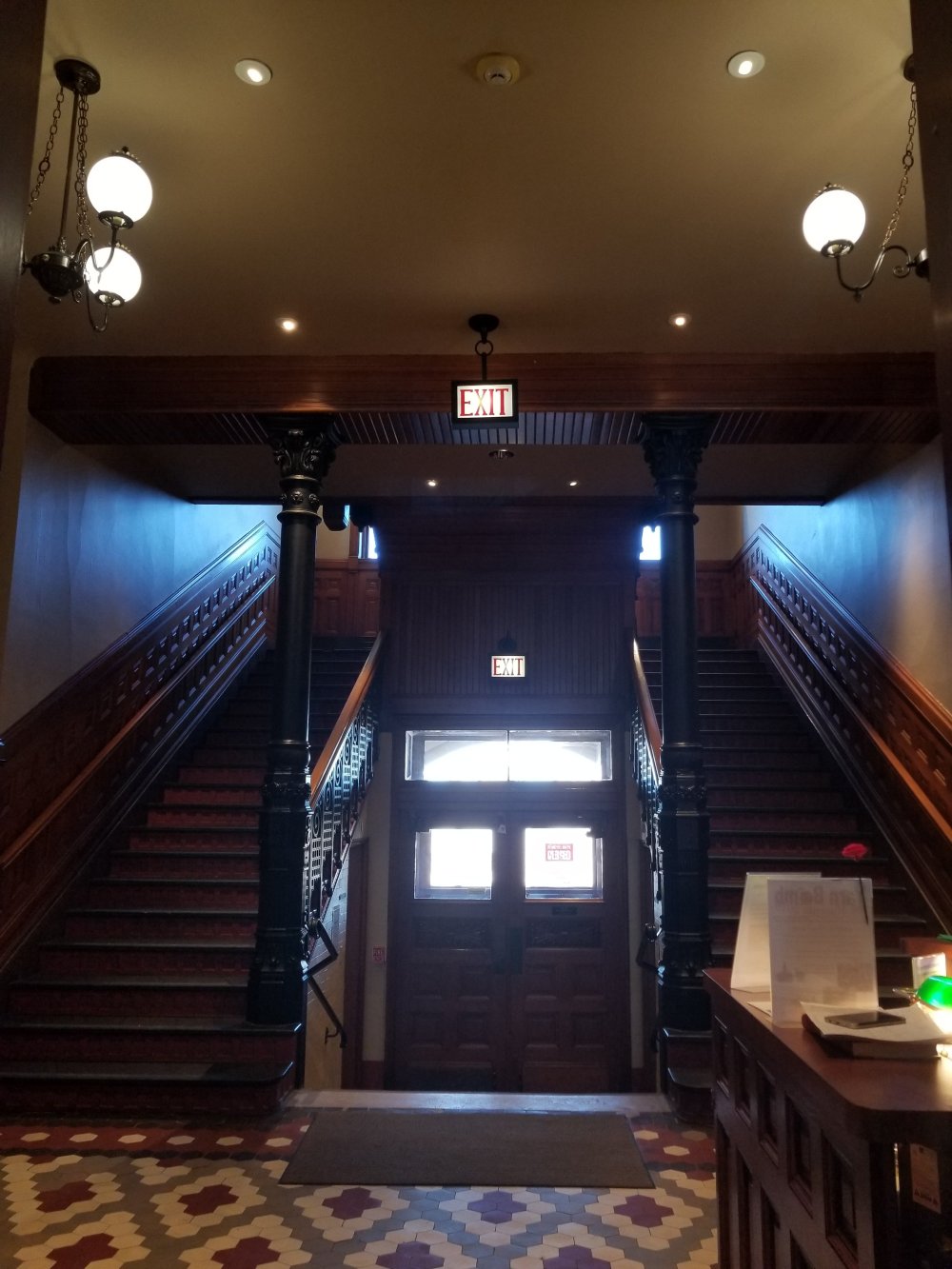