*Sparks up a wooden pipe and takes a huge sip and leans forward in the chair.*

Have you ever heard the tragedy of Darth Plagueis the wise?

Welcome to part 2 of Bent West. 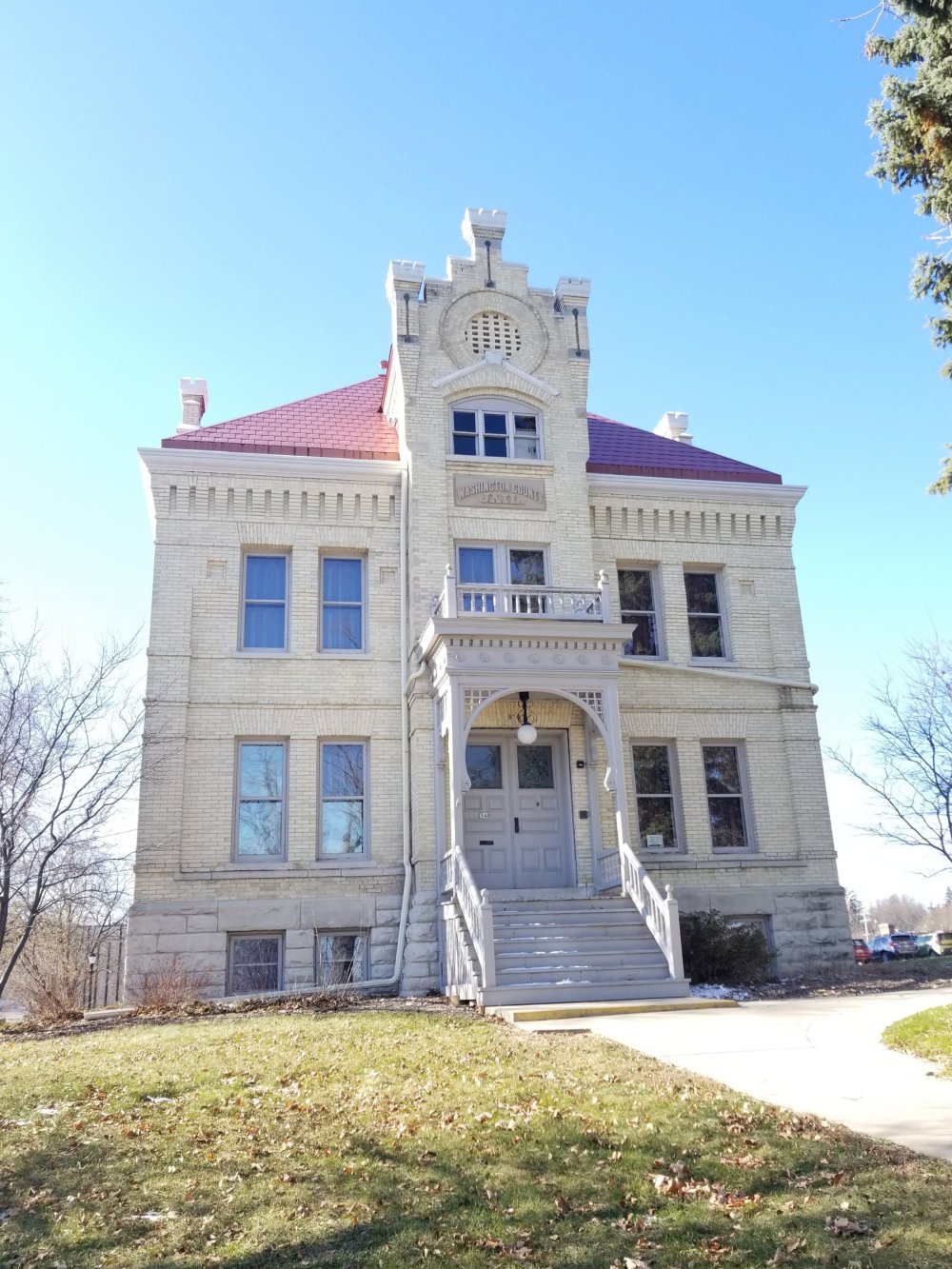 I was waiting for the tour lady, she was running late and apparently the tours of the Washington County Historical Sheriff’s House and Jail are NOT self-guided (read: unsupervised).

I went down into the basement again to drink water out of my hands like an animal, and then back upstairs.

Just as I reached the top of the stairs, a slight, vivacious looking blond woman a little older than mom and a little younger than grandma came whirling in as though tossed by a strong breeze.

“She’s been very patient,” the curator said before turning to me.

“This is Diane, and she’ll be your tour guide today.”

Diane smiled ear to ear and on the way inside she turned back to me to say “Since I was late I’d better make your tour worthwhile!” Then she winked. I liked this woman, she was punchy.

We walked into the front door, and the contrast from cars and sunshine to silence and intense shadow was almost a violent transition.

“This was the Sheriff’s home and workstation for the entirety of his job duration.” She led me to the first room on the right, a very dark study type room with lots of mahogany wood and a smaller room off of it with a stool and a smaller desk.

When she showed me back to the enormous steel door, I couldn’t hold back a shudder. Couldn’t imagine having picked a husband (HAH!) Who decided to become a sheriff and made me and our children move into such a beautiful structure for us to live in NO LESS THAN NINE FEET from men that undoubtedly wanted to do horrible things to him and us…

You know that feeling you get when you’re in the shower doing shower things, (whatever that entails, I don’t judge) and you just feel skeeved out because you know something is watching you? And then you open your eyes and in fact its a spider and he IS watching you, but who the fuck cares because what’s he gonna do to you? (I’d post a photo of the behemoth but I feel like being nice 😜)

Anyway, that is exactly how I felt when we walked into the jail. Just… watched. It was very unnerving, but I talk myself out of things like that because I don’t want it to hinder my experiences.

*It should be noted that although I always try doors, it wasn’t quite as fun to do here. That’s how I found the isolation cell, and no I did not step inside.

After that, we went down into the lower level.

This is where it gets chilling…

After the CB room, she took me across the landing to the kitchen. It was lovely, housing an ENORMOUS wooden table, a fantastic old wood burning cook stove with TWO compartments, huge sink, and… a PANTRY!

As soon as she was finished teaching me about how the Sheriff’s wife had to cook down there for her family and all of the inmates, (HAAAH!) I made a beeline for that pantry and pulled the cord to turn on the light inside.

The shelves were stocked with nearly antique dishes and there were nice large counters with tons of space and… my legs were getting cold?

This was unusual because I had prepared for putzing around outside when I left the house, so I was wearing leggings under my jeans.

I tried to ignore it and continued to gush about the pantry, but just my legs actually started to become uncomfortably cold. I tried to subtly get out of the “cold” as quickly as I could and stood next to the table where we chatted a few more seconds before I realized my legs were in fact still cold and still getting colder…

We left the kitchen, (unfortunately I did not take any photos in the kitchen because I was preoccupied🙃) and she showed me the entryway where they snuck people in and out of.

After showing me the laundry room and coal bin, she looked at me with a quiet excitement.

“Well, since you love history and architecture, this isn’t on the tour but let me show you the back of the basement!”

I covered my mouth in excitement and she opened the door wide for me to follow her in.

Once I had my fill of that, we went to the upstairs where the bedrooms and strong room are.

So that was amazing and fun and a great cap to a wonderful day. As I was leaving, a friend messaged me and said “Now that you’ve been there you have to re-read those parts in Nate’s book again.”

Shit yes I do! As soon as I got home I sat my happy ass down and began flipping to the pages in “Washington County Paranormal” where he talks about the court house and the jail. Everything was so much richer for me having seen these places with my own eyes that I was almost thrilled nothing really disturbing happened to me…

Until I got to this part: